Since Mojave, Macs have featured a built-in tool to make taking a screenshot a simple and easy process. Here’s How to Take a Screenshot on a Mac, whether you want the whole screen or just part of it.

Capturing a screenshot is a simple way to share whatever it is you’re seeing on the screen. If it’s an error, you can snap a picture and send it to tech support. If it’s a message on social media, you can capture the moment and share the image with your friends and followers.

Screenshot tools for Mac have always been easy to use, yet somewhat rudimentary. You could capture just about anything if you knew the right keyboard shortcuts, but you had to know what you were doing first. Since the release of Mojave, macOS now has a built-in screenshot tool—similar to what you might find in Windows—that allows you to take screen grabs with the click of a button. Here’s how to capture what’s on your screen. 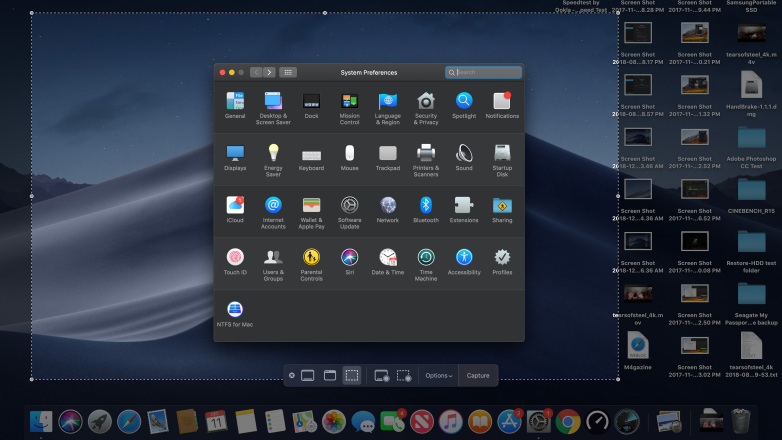 If you want to open the screenshot tool, navigate to Launchpad > Other > Screenshot, or use the shortcut Shift+Command+5. You will have the option to take a screenshot of the entire screen, a selected window, or a custom section of the screen.

There are also options to capture recorded video, including the entire screen or a custom section of the screen. An options drop-down menu allows you to choose where to save screenshots, set up a timer, and other settings. 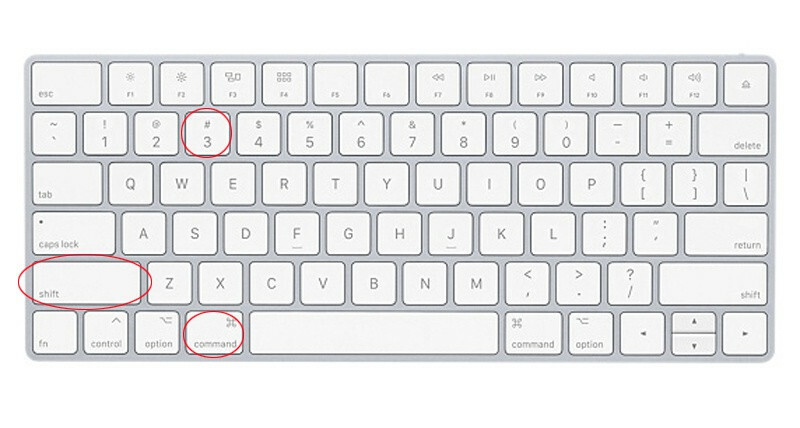 You can take a screen grab of the entire screen from the screenshot tool, or you can use the shortcut Shift+Command+3. By default, the screenshot will save as a .png file on your desktop.

Screenshot Part of the Screen 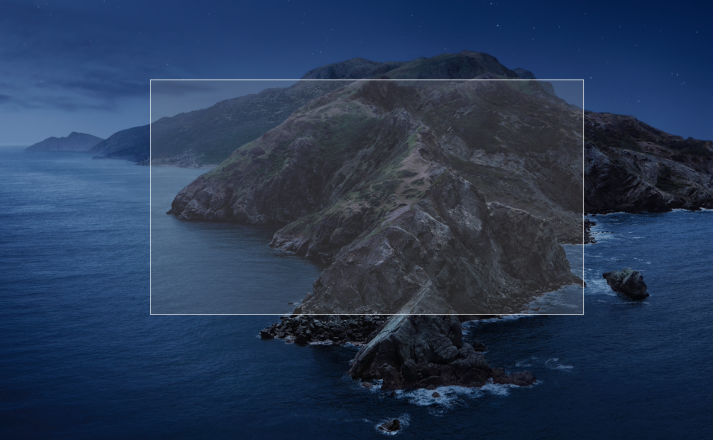 To capture a specific part of your screen, press Shift+Command+4 and your pointer will change to a cross-hair. Click and drag the cross-hair so that it covers the area you wish to capture. Let go to grab the selected area or press the Esc key to cancel. By holding down Shift, Option, or Space Bar, you can change the shape, size, and position of the selection area before capturing an image. The screenshot will be saved as a .png file on the desktop by default.

Capture a Window or Menu 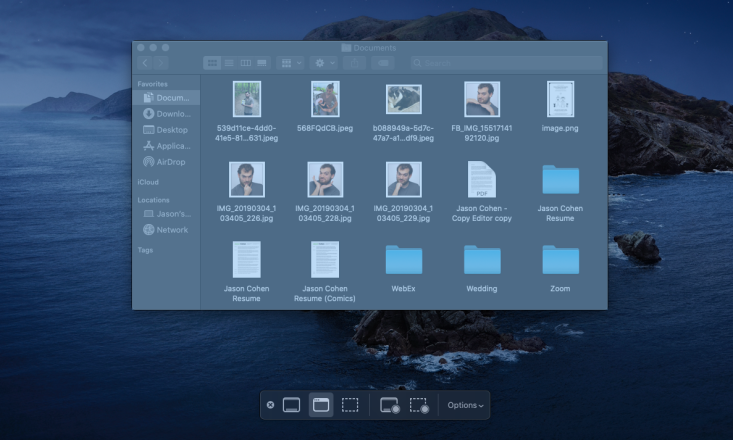 To take a screenshot of a specific window or menu, press Shift+Command+5 and the pointer will change into a camera icon. Move the camera over the a window to highlight it, then click to save the image as a .png file on your desktop. You can also switch back and forth between capturing a custom selection and grabbing a specific menu by hitting the space bar.

Take an Image of the Touch Bar

If you have a Mac with a Touch Bar, you can take a screenshot of it by pressing Shift+Command+6. The image will be saved as a .png file on your desktop.

Change Where Your Mac Screenshots Are Saved 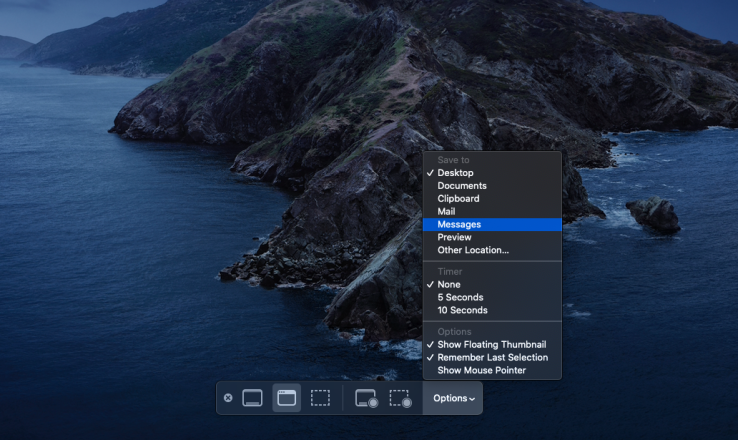 By default, screenshots are saved to your desktop, but you can change that. Open the screenshot tool with Shift+Command+5, or by going to Launchpad > Other > Screenshot > Options. Under the menu section Save to, you can select a new default location, like Documents, Clipboard, Mail, Messages, or Preview. Or click Other Location to choose a specific folder. 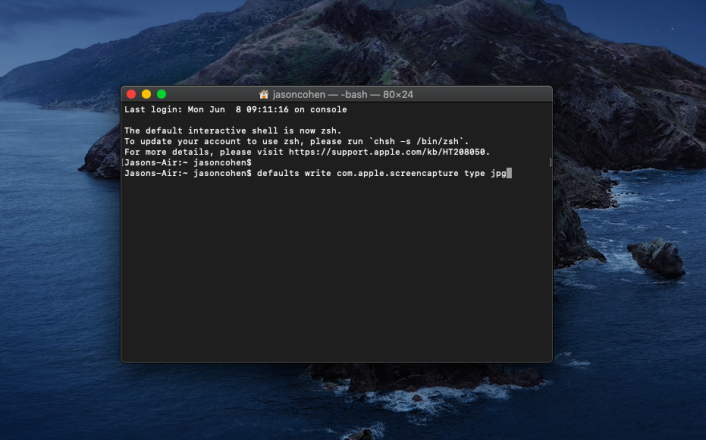 By default, screenshots on Mac are saved as .png files, but those can get pretty big, especially if you have a large Retina display monitor. You can switch to .jpg format with a small amount of coding. Go to Launchpad > Other > Terminal and type the following inside the new window:

Enter your password if asked, then restart the computer. Future screenshots should save in the preferred format you specified. You can always change it back by typing the above command with PNG at the end instead. 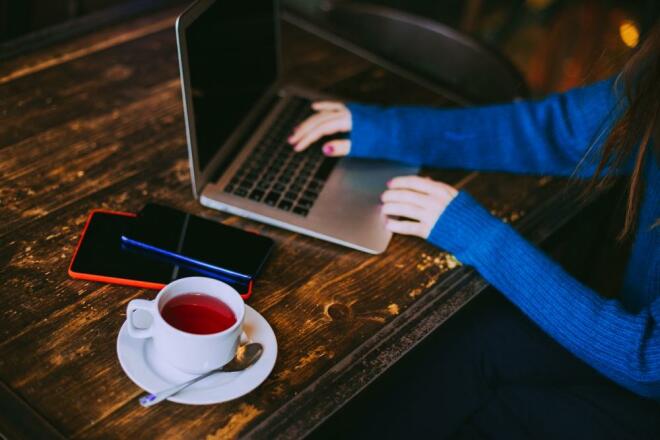 If you prefer a third-party solution, Snaggit has everything you could need, but also comes with a $50 price tag. The same company also makes a free program called TechSmith Capture (formerly Jing). Other free options include Skitch and LightShot, while Snappy can sync screenshots with the Snappy app for iOS.

Alex Roy2 weeks ago1 week ago 0

8 Apps That Pay You to Walk